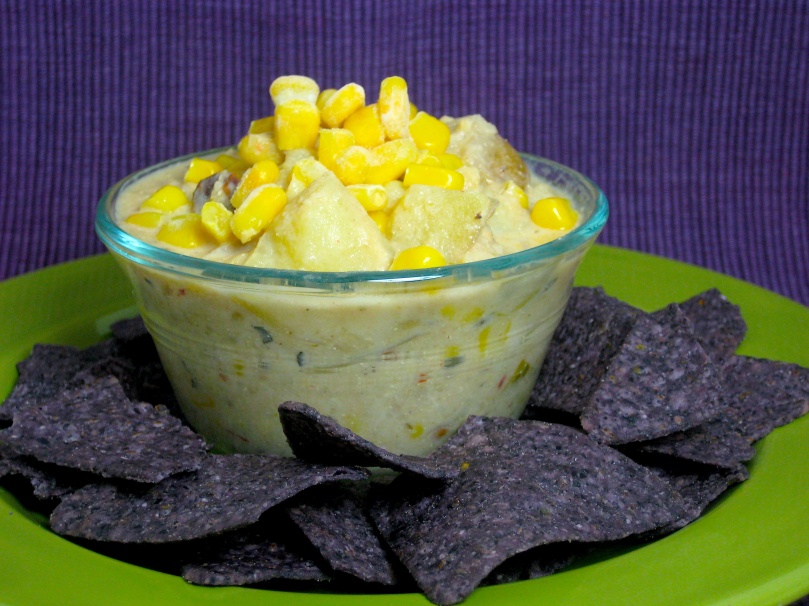 I used to live in cold, blistery Wisconsin back in 2000 (in Madison, one of the greatest cities in America). I was only vegetarian at the time and the stereotype is true: Wisconsinites love dairy. I had never in my life consumed so much dairy and it never occurred to me that it was hurting me or the animals. My friend Kim used to make this mouth-watering Mexican Corn Chowder that I would salivate over simply by thinking of it. I went vegan in 2004 and lost the ability to recreate her magical soup. I tried with soy milk, I tried with using thickeners, I tried a ton of different ways but nothing was able to capture the creaminess of the original. Enter So Delicious Coconut Creamer. 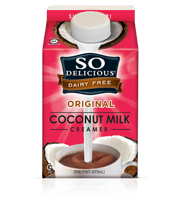 Not only is coconut a lovely complement to the sweet corn but the thickness and creaminess of the coconut creamer makes it the perfect choice for this soup. With my new weapon in hand, I set out to recreate the soup I had over a decade ago. Kim’s secret is boiling the soup with the corn cobs to create a corn stock. It’s genius. For my first attempt, I made a corn stock separately and the soup a different day. I also did half coconut creamer and half coconut milk plus corn starch to thicken it. The second time I did it the way she used to, I boiled the corn cobs with the rest of the soup and used all cream. Both produced excellent results. Besides boiling the cobs and using the coconut creamer, the soup is very forgiving, there’s a lot of room for interpretation. Let me know in the comments if you tried something different and how it worked for you.

Note: Like many soups, this one is best on the second day after all the flavors have developed.

Add onions and garlic and saute for a few minutes.

Add all peppers, cumin and salt, stir well and cook for a few minutes.

Add 1 1/2 cups of creamer. Using an immersion blender or regular blender, puree half of the soup.

Add back to pot and add frozen corn, thyme, oregano and remaining creamer (if necessary). Let cook for 5-10 more minutes.

Remove from heat and enjoy with corn tortilla chips. For a spicier kick, add a dash of Aardvark hot sauce.

Lover of all things vegan for the animals, for the planet, for my health and for the love of delicious plant-based food.